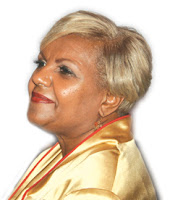 After 12 years at the helm of the Hickman Mills C-1 School District, Dr. Marge Williams is retiring with a bang.

Nearly 400 people were invited to a retirement party for Dr. Williams at the Bruce R. Watkins Cultural Heritage Center and State Museum on Friday, May 4th. The evening event, complete with food and live entertainment, was entitled, "The Lady in Red, Our Hero."

State Representatives Jason Holsman and Kevin McManus presented Dr. Williams with a proclamation from the statehouse, congratulating her on her years of service to Missouri's school children.

District Spokesperson John Baccala said that the elaborate event was funded in part through the district, with the help of donations.

"While the vast majority of the evening was paid for through various individual and group donations, the district did spend just under $2,500- money that was in an existing Public Information Office account for just such events," he said.

During the May 3rd KCMO City Council meeting, Dr. Williams was honored for her service.

Aa an educator for nearly 37 years, Dr. Williams was the first African-American superintendent in the nearly 110-year history of the Hickman Mills C-1 School District, the oldest consolidated school district in Missouri.

She has been in the Hickman Mills district for 19 years- the last 12 as superintendent.

Dr. Williams grew up in Kansas City, receiving her education in the Kansas City Missouri School District and graduating from Lincoln University. She earned her master's degree and doctorate from Kansas State University.

By the time she arrived at the Hickman Mills C-1 School District, she had been an educator for many years. Dr. Williams took the role of Principal at Crittenton and Spofford, then became an Associate Superintendent for Curriculum and Instruction.

Dr. Williams was named Deputy Superintendent before finally taking the district's top role.
It has been a tough 12 years to be Superintendent of the C-1 School District.

During Dr. Williams tenure, the district lost nearly 1,500 students. The declining enrollment led to the closure of Hickman Mills High School in 2010, and the consolidation of several schools.

With declining enrollment came declining funding from the state, which uses a formula based, in part, on the number of students in a district.

Teacher layoffs have occured during several years of Dr. Williams' administration, along with other painful budget cuts for the district.

During her years as Superintendent, Dr. Williams also navigated Hickman Mills through the challenges of the No Child Left Behind act. While students in the district have struggled to meet "proficient" levels on the state's standardized tests, Dr. Williams managed to have the district maintain its accreditation.

There have been other highlights throughout her 12 years as Superintendent as well.

All three times that the district put issues on the ballot, voters cast their support for the district.

The latest voter-approved bond supported the construction of the Freda Markley Early Childhood Center, a state-of-the-art facility for the education of the community's youngest and most in-need children.

Last week, students from each of the district's schools performed for "Dr. Marge" during a special retirement ceremony at Hickman Mills Junior High School. She said the student performances brought her back to her school days, when she was on the drill team and choir.

"This is something I will remember a lifetime," she told students at the special ceremony. "You couldn't have given me a better gift."
Posted by Jackson County Advocate at 2:38 PM