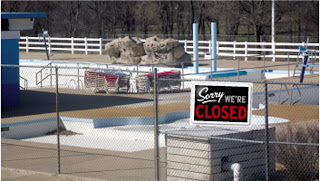 By Paul Thompson
After looking at the raw data sitting in front of them last Tuesday night , the Grandview Board of Aldermen felt they had no responsible choice but to close Meadowmere Pool. The only question was, when?
Initial recommendations from the Parks Commission and the Parks and Recreation department called for Meadowmere to close after the 2013 season, but after seeing data that showed the pool lost upwards of $100,000 annually, the board made the decision to close it before the upcoming season.
Low attendance at the city’s only outdoor pool was also a contributing factor in the unanimous decision from the aldermen. A 2011 study showed that only 23% of Grandview residents used the pool even once during that year, while Meadowmere only recorded 1,595 visitors over the course of the entire 2011 season. The visitor count includes several day camps that made up over half of the pool’s attendees that year.
Ultimately, the number of visitors didn’t justify the significant financial losses incurred by Grandview taxpayers.
“I can tell you that we have averaged, over the last four years, losses of $97,608 per year,” said Parks and Recreation Director Eric Lucas at the meeting. “In 2011, 77% of the households that were surveyed said that no one in their family had used the pool that year. Even the 23% who are using our pool, go once or twice a month.”
Furthermore, Meadowmere pool no longer met ADA requirements as of January 1, 2013. If the pool were to remain open after 2013, the city would need to invest $10,000 to $20,000 in order to comply with ADA requirements. However, the city could avoid penalties if they made plans to close the pool after this season.
“If we intend to close the pool at the end of the summer, we don’t have to have a plan in place now,” said Eric Lucas. “We can offer the ability to go inside (to the View) for the same fee.”
The conversation among the aldermen evolved from the original premise (closing after 2013) as they wondered if they would be better stewards of taxpayer money by biting the bullet and closing the struggling pool before the 2013 season. After seeing a graph showing almost half a million dollars in losses at the pool over the past five years, alderman Leonard Jones was the first to present the notion of closing the pool now to avoid accumulating further losses.
“I think we should talk about cutting the bleeding right now,” said Jones, setting off a serious discussion about the merits of the idea.
As the idea was discussed around the room, it became apparent that every alderman agreed with Jones. $100,000 was simply too much to absorb in operating losses for a facility that drew less than 1,600 visitors in a given year.
“$100,000 is a lot of money,” said board member Brent Steeno. “I’m for closing it, and maybe even closing it this year.”
After a consensus was reached that the pool needed to be closed sooner rather than later, a sticking point emerged: should the public be given more than two months notice about the closing of Grandview’s only public pool?
“The nice side of me would like to give them the opportunity to know about it,” said alderwoman Annette Turnbaugh. “But I’m more apt to agree to stop the blood and close it down.”
The board entertained less drastic options, such as closing the pool on Sundays and Mondays, typically the facility’s slowest days. Although the plan could have saved the city up to $20,000, the savings were not deemed sufficient by a board that wants to emphasize fiscal responsibility.
“If you’re losing all this money, why in the world are you opening again?” asked Alderman Jones. “Why aren’t you cutting your losses?”
A unanimous vote proved that the rest of the board agreed with Leonard’s sentiment, and the 40-year old Meadowmere Pool had officially entertained its last customer.
Grandview officials are already working on plans for a future water facility in the city, as the aldermen gave Lucas the authority to begin work on a new outdoor aquatic concept plan. According to Lucas, the Parks and Recreation Department hopes to have a plan in place and a no-tax increase bond on the table by 2015 for a new outdoor water facility in Grandview.
Alderman John Maloney wanted to make sure that a cost-effective summer swim pass would be made available at the View before throwing his support behind the immediate closure of Meadowmere. But once Lucas agreed that something in that vein could be arranged, Maloney was on board.
“I’m for closing pool this year, only if we can come up with a cheaper summer trial for those left in the cold by the closing of Meadowmere,” said Maloney.
But once Lucas concurred, Maloney offered that Meadowmere should be closed and gutted in the near future. “I would want that thing torn down as soon as possible,” he said.
The board agreed that the city should use some of the $150,000 budgeted for Meadowmere operations this summer to tear down the structure, both to keep the area from becoming an eyesore and to avoid trespassing at the closed site.
Posted by Jackson County Advocate at 4:59 PM No comments:

By Mary Wilson
The Trailside Center, as part of their World War II Living History Series, invited Rich Grossman, a B29 Flight Engineer, to speak on the B29 bombing missions he was involved in over Japan. February 19 marked the 68th anniversary of the Iwo Jima invasion in which 6,700 Marines lost their lives.
Grossman flew 29 missions as a Flight Engineer on B29s. “I was a lucky guy in the draft in 1940 in the start of preparing the United States to get into war,” said Grossman.
In July of 1931, he received a low draft number and was sent to the Air Force. He spent three years working his way to be Assistant Line Chief.
“I saw that there were new airplanes going,” said Grossman. “The largest bomber in the world, it was the B29.  In 1942, they flew the first test. From then on, they needed eleven men on the crew so they set up training schools. I kept bugging the Commanding Officer to send me to the Flight Engineering School.”
Every time the Commanding Officer and Grossman would cross paths, Grossman would ask to be sent to the Flight Engineering School. After three or four weeks of urging, it paid off.
“Finally he said, oh hell,” said Grossman, “if you want to go I’ll sign your orders. That’s how I got to get into Denver for two and a half months.”
In the school in Denver, Grossman received training for flight engineering. If he couldn’t make it in two months, they would send him through it again. In two months, he was where he needed to be. He was then shipped to New Mexico for coordination training with a crew. At the end of that training, he went to Kansas to pick up a brand new airplane, the B29, from the Boeing factory in Wichita.
“We didn’t see this airplane,” said Grossman. “We did all of our crew training in B17s and B24s. We then shipped out for India.”
Grossman and his crew were a replacement crew after the first B29 crews arrived in India in June. He arrived around Thanksgiving.
“From June to the time we left at the end of January from India, they had flown quite a few missions,” said Grossman.
Grossman and his crew were ordered to go to the flight crew after too many losses.
“Our first trip from India to China to haul gasoline and bombs,” said Grossman, “there was fog. We didn’t know when that fog was going to come in, which knocked out our navigators. We had to calculate. Our computer was an engineer’s slide rule called a slipstick.”
Grossman had a log to keep every minute of gasoline usage. When they arrived back, Grossman said only five minutes of gasoline was left in the plane.
Grossman’s crew was in on a massive bombing raid on May 14. Four airstrips were used for takeoff, and B29s took off every minute. According to Grossman, it was about four hours and twenty minutes before each plane took off.
“We took off about thirty minutes after it all started,” said Grossman. “Our runway was number two, and on runway one, right before us, the plane burst into flames. There was one lost right there, and the crew lost. When it was our time, away we went.”
Orders were received three days before that the engineers and tail gunners were not needed because they were to bomb Tokyo at 7,000 feet. The tail gunner and Grossman spent time practicing with aluminum confetti in order to get the timing just right to release the bombs at 8-seconds apart.
On the bombing run, four corners of Tokyo were set with fires for the bombers to see where they were to go. Because of the continuous bombings, Tokyo was unable to counter the attack.
“Our crew lead three airplanes,” said Grossman. “Every time a shell exploded, the concussion of that thing shook the planes. Trying to configure the gasoline, with the movement, it kept is going and we got through.”
While in India, after the missions, Grossman received a Christmas card from a lady. He told his crew if he lived through the war, when he got home he would see her. Grossman and his wife, Yvonne, have been married for 67 years.
Posted by Jackson County Advocate at 1:02 PM No comments:

NNSA Requests Public Input Regarding Transfer of the KCP 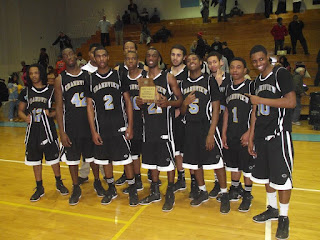