Grandview Has Eyes on the TIGER 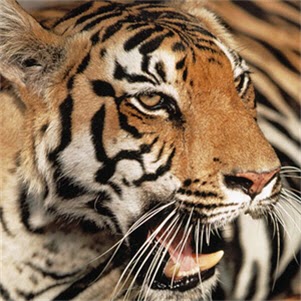 The Transportation Investment Generating Economic Recovery, or TIGER Discretionary Grant program, provides a unique opportunity for the DOT to invest in road, rail, transit and port projects that promise to achieve critical national objectives. Since 2009, Congress has dedicated more than $4.1 billion for six rounds to fund projects that have a significant impact on the nation, a
region or a metropolitan area.


The TIGER program enables the DOT to examine a broad array of projects on their merits, to help ensure that taxpayers are getting the highest value for every dollar invested. In each round of TIGER, DOT receives many applications to build and repair critical pieces of the country’s freight and passenger transportation networks. Applicants must detail the benefits their project would deliver for five long-term outcomes: safety, economic competitiveness, state of good repair, livability and environmental sustainability.

Another round of TIGER grants are being made available. Grandview Public Works director Dennis Randolph is developing a package to submit, including the two previous pedestrian bridges included in the last submission, as well as the addition of the phase one conversion of the Frontage Road, between Harry Truman Drive and High Grove Road.


"I always planned to continue submitting," said Randolph. Last year, Grandview submitted for three pedestrian bridges: one going over I-49 at Truman’s Marketplace, one at 135th Street connecting the splash park and the View community center, and a third pedestrian bridge at 155th Street.


One reason to include 155th Street was to encourage the Missouri Department of Transportation (MoDOT) to do more than replace the bridge with another two-lane road. MoDOT has made the decision, as of last week, to replace the bridge at 155th Street and I-49 with a new interchange. The new interchange will fit with Grandview’s road project. Because MoDOT is planning to move forward with the replacement, there was no reason for Grandview to include that as part of the TIGER grant application projects.

"That would give us a project that really emphasizes the idea behind the TIGER grant, which is connectivity," said Randolph.


"I think we have a better chance of receiving a grant this year," said Randolph. "Kansas City clogged up most of the money last year with their street car grant. They’re going after it again this year, but I don’t think anyone in congress will give them another $20 million this year."


According to Randolph, the lack of two-way connectivity along the Frontage Roads for Grandview citizens has impacted the city greatly. Aside from traveling extra miles to do basic shopping, Randolph said the trek citizens in the community make going in circles have a deep impact on their wallets.

"On the average, it costs every household nearly $700 a year in extra costs," said Randolph. "For thirty-five years they’ve been doing this. That is a big chunk of money. Roughly $264 billion."


Randolph stated that Grandview citizens travel an extra ten to twenty miles per week for necessities. The final project submission will be one package with the three components: phase one of the Frontage Road conversion, and then the two pedestrian bridges over I-49. Randolph is hoping to receive around $15 million, and believes that Grandview has a chance.

"We’re going to give it another shot," said Randolph. "We’re ready, and we’ve got some time to tune up our proposal."

Posted by Jackson County Advocate at 11:27 AM