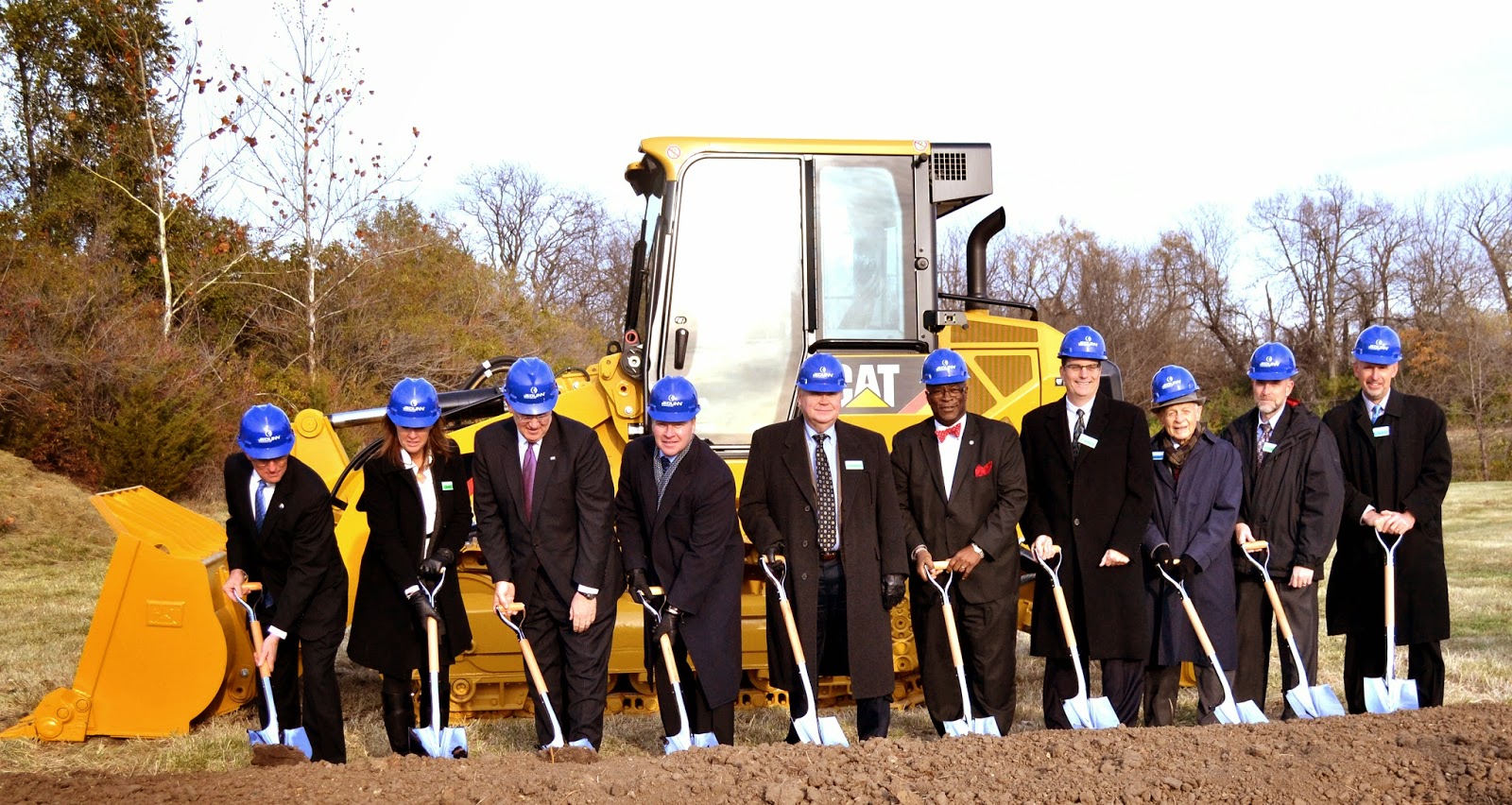 The Cerner Corporation officially broke ground Wednesday, November 12, on the largest economic development project in the history of Missouri.
Cerner’s new $4.45 billion Trails Campus, to be located at the former site of South Kansas City’s Bannister Mall, is expected to create up to 16,000 new high-paying jobs over the next ten years. Cerner’s Zane Burke – the CEO of the 35-year-old health care technology solutions company – discussed the new development in an official ground-breaking press conference.
“This campus is proof of our commitment to the area, and our commitment to growth in Kansas City,” said Burke. “There are jobs that don’t exist today.  We’re not relocating, we’re not back-filling, we’re not consolidating; these are new jobs that we hope to fill with a homegrown, Kansas City workforce.”
Those new employees will be spread throughout two data centers, a service center, a training/conference center, an on-site daycare and health center, and 4.3 million square feet of office space at the new campus. In addition, Cerner has set aside space for retail development, which will include restaurants and an on-site hotel.
“Once completed, it will truly be a development that Kansas City and all of us can be proud of,” said Burke.
The development is expected to invigorate what has been one of Kansas City’s most blighted areas. Missouri Governor Jay Nixon, in town to celebrate the ground-breaking, acknowledged that there were some outside of Kansas City who thought Bannister Mall couldn’t be redeveloped so quickly.
“If you had told somebody five years ago that an old and blighted shopping center, full of nothing but empty parking lots, deserted after decades of decline, would one day be home to the largest development project in the history of our great state, with more than $4.4 billion in investments and 16,000 high-paying jobs on the way, they would have said, ‘it’s impossible,’” Nixon stated.
Kansas City Mayor Sly James was also on-hand for the monumental event. James noted that while the development is a great boon for South Kansas City, it will help the rest of the metro area, as well.
“To make an investment like what we’re celebrating today, you have to have vision, and you have to have guts,” said James.  “It’s not only pivotal, it’s catalytic. That’s absolutely crucial to the people who live in this part of town, it’s absolutely crucial to the growth of Kansas City, and to the tax base of Kansas City.”
Southern Communities Coalition co-chair Carol McClure stated her support of Cerner’s multi-billion-dollar investment in the area.
“This is a big day for South Kansas City. It is exciting to be here today for the ribbon cutting of the new Cerner Trails Campus,” she said. “It has taken better than a decade for this to happen, but the community’s support has always been there. We never gave up the notion that South KC would thrive again. On the horizon is Oxford on the Blue and Northpointe, both on 87th Street. This is all good news!”
Posted by JCAdvocate at 10:39 AM