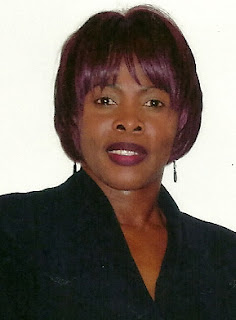 The City of Grandview has seen tremendous strides toward progress over the last several months, including groundbreakings, ribbon cuttings, announcements and more. Week after week, the City’s elected officials have been welcoming new businesses and been present at numerous community activities promoting the great things happening. One alderman has been noticeably absent.

According to Bibbs, resignation wasn’t something she envisioned, but because of her health issues she felt she didn’t have any other option. She added that there is nothing in place for medical leave of elected officials.

Elected in April 2015, Bibbs became the first African-American woman elected to the Grandview Board of Aldermen. It also became the first time in Grandview’s history that three female aldermen were seated at one time. In 2014, the City of Grandview was seeking a candidate to fill a Ward I vacancy. With encouragement from friends, Bibbs, a resident for over 35 years, applied. Although she did not get the appointment, Bibbs decided to run for the position when it appeared on the April 2015 ballot.

“I’m so thankful and I appreciate the opportunity I was given to be on the Board and to sit in and be a part of helping move Grandview forward,” said Bibbs. “I’m very grateful for the opportunity.”

Going forward, according to policy on vacancy, the City Clerk will accept letters of interest from and send applications for appointment to qualified individuals to fill the position within a period of time specified by the Mayor and Board of Aldermen. That timeframe will be determined soon, according to Jones.

The applications will be reviewed, and after the Mayor and Board of Aldermen have selected an individual to fill the vacancy, a special meeting will be convened; the individual will be appointed and will serve until the next regular municipal election in April 2017.
Posted by JCAdvocate at 9:47 AM 1 comment: 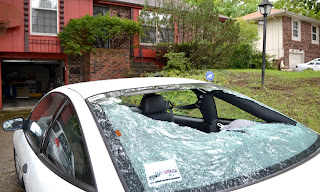 Tucked back on a dead-end street in a quiet neighborhood in South Kansas City, John Sharp was home working on a few things before heading to bed in the early morning hours of Thursday, September 1. The former Kansas City, Missouri city councilman lives on a street where children are often playing outside, with bicycles left in driveways and basketballs finding home in nearby yards.

The peace and quiet of the overnight hours was disturbed on September 1. Sharp said he had just returned inside the house after retrieving some items from his garage when he heard at least eight rounds of gunfire from just outside his home.

“I thought they were right outside my window, it was so loud,” said Sharp. “Police recovered five shell casings that night and neighbors found two more after that. It’s just a wonder that somebody wasn’t killed.”

A neighbor had surveillance cameras on the night of the shooting, but Sharp said the quality of the video is poor. The footage shows the suspect’s car heading west down the street, slow in front of Sharp’s house with a suspect hanging out of the passenger’s window shooting at the house over the roof of the car and then drive away. Another neighbor saw the car, but didn’t make out enough details to provide police with make or model.

“They were shooting a 40-caliber, which is a pretty big gun,” said Sharp. At the time of the shooting, a vehicle in Sharp’s driveway had a hole in the back window with the bullet lodged in the roof of the car. Since then, the window has shattered. Another bullet hole can be seen in Sharp’s garage door that eventually hit the back wall of the garage.

Sharp’s neighbor’s house was also hit with bullets, including one that went through a sleeping child’s bedroom. A car in that driveway also has a bullet hole in it, along with the roof of the house.

“I hadn’t even realized they were hit that night,” said Sharp. “I found out the next day. She (the homeowner) just moved in from out of state. She hasn’t been here long enough to make any enemies. I’m not sure she’ll be here very long after this.”

He believes he was a target of retaliation stemming from a recent election and political activities he’s been involved with.

“I don’t go to clubs anymore and I’m not messing around with somebody’s wife, you know?” said Sharp. “About all I do anymore is charitable work.”

A reward of up to $2000 is being offered for any information regarding the drive-by shooting. Witnesses are asked to call the TIPS Hotline at 816-474-TIPS.
Posted by JCAdvocate at 12:00 PM No comments: