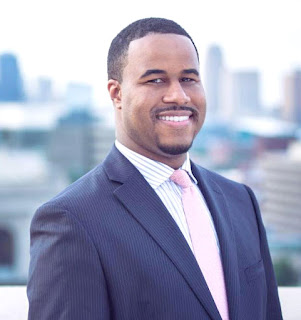 Despite an independent investigation that revealed no sexual harassment took place, Missouri District 36 Representative DaRon McGee said he had no choice but to resign last month.

Anytime there are allegations of sexual harassment in the House of Representatives, an independent investigation is conducted. In the conclusion of the report, completed by HF Law Firm in Kansas City, the investigators determined that there was “no evidence of sexual harassment” between McGee and the alleged victim.

“This is why I was so shocked that this thing even proceeded,” said McGee.

The independent investigation also stated that the alleged victim did not raise any concerns regarding overtly sexual conduct on the part of Representative McGee. A romantic relationship between McGee and the alleged victim never took place, according to the victim’s statement in the report.

The victim, in the independent report, states that she “never felt uncomfortable around Representative McGee. I never felt that he retaliated against me.” McGee said that the victim’s testimony changed after the report was concluded and she got a lawyer. According to him, she opted to tell a different story when testifying in front of the Committee on Ethics.

“I think that she is now trying to sue the state and financially gain,” said McGee. “What she told the independent investigators was completely different than what she told the committee.”

The independent investigation also revealed that the alleged victim was not the one to file the initial complaint against McGee. It was reported and filed by another elected official. In the House of Representatives, there are certain leadership members who are designated mandatory reporters.

“From my understanding, and the way the report read, was that she (the alleged victim) was basically gossiping with another legislative assistant, and that legislative assistant told her boss,” said McGee. “Then they felt the obligation to report it. She never reported this.”

McGee also feels that the process was unfair to him. The Committee on Ethics is evenly split between democrats and republicans, however, McGee said he believes two of the democrats on the committee had a conflict of interest.

“She (the alleged victim) worked for one of them,” said McGee. “She had been a secretary to one of the representatives, and the second representative had written me a letter urging me to keep her when we were going through the hiring process.”

He said he submitted this information to the committee with the assumption that this was a clear-cut conflict of interest for the two representatives. They both refused to recuse themselves, stating they didn’t believe there was a conflict.

“I had a huge issue with this,” said McGee. “This was before they received the independent report. They told me to wait until they got the report back. Keep in mind; we didn’t have the report this whole time. They didn’t turn the report over until they went to a vote to go to a preliminary hearing.”

He said that the two individuals he felt had a conflict of interest in making decisions on the matter voted to proceed with the hearing.

McGee stated that he told the committee he didn’t think it was fair that they were going to hear the alleged victim’s testimony. The chairman said that since the hearing was already scheduled, the two committee members would be allowed to hear her testimony and then be able to recuse themselves.

“How in the hell is that fair?” McGee said. “So, they voted to proceed. They heard the victim’s testimony, and then they said they’d recuse themselves.”

He requested that the committee consider delaying the hearing and appointing two new members to hear the testimony.

“Why would they hear her testimony only to turn around and recuse themselves?” McGee said. “That didn’t make any sense to me.  They did it anyway. Under any court of law, that would have never flown.”

Once he was able to see the independent investigation, he felt that the report was in his favor. He said that he and the alleged victim were friends, and there were text messages between the two where they joked about going on dates.

According to the report, “when asked if Representative McGee treated her differently or negatively in any way after she declined his request for dates, she indicated he did not. She stated she never felt that he was upset with her; she further stated she never felt uncomfortable around him and he never retaliated against her.”

The alleged victim, according to McGee, then said that he repeatedly asked her out on dates through text messages, though he adamantly denies any romantic relationship with her. When her testimony changed in front of the Committee on Ethics, McGee said that there were instances where the alleged victim would fly out of KCI and leave her car at his house in Kansas City.

“I had no problem with that, because we were friends,” said McGee. “You wouldn’t do that with someone you felt uncomfortable around, or that you feel is sexually harassing you. You don’t leave your car at their house. You don’t ask them to pick you up from the airport. It was never a big deal to me because there never was a romantic thing here.”

When McGee addressed the committee, he stated that there was nothing sexual in the text messages between the two. The alleged victim indicated to the independent investigator that she did not want to be involved in the investigation and wanted to move on with her life. McGee believes she didn’t want to testify because she never reported anything.

McGee said that the Committee on Ethics offered him three options: resign and the complaint goes
away; appeal the decision; or take a censure.

“In my mind, why would I appeal to the same 10 people, dragging this thing out for another three months,” said McGee. “I looked up the censure, and they’ve never censured anybody in the history of the House. I didn’t want to go through that. The rules stipulate that you have to be present for a censure. So, you have to sit there in the chamber and take their berating. Which, I don’t believe that I deserved.”

He felt he only had the choice to resign at that point. However, according to McGee, the Speaker stated that his resignation letter was received 30 minutes too late. They issued the report from the Committee on Ethics anyway.

“It was cruel, and they didn’t have to be,” said McGee. “They had my resignation, and they held onto it until they issued the report. The Speaker’s response was very harsh, and it didn’t need to be.”

He believes that he was treated unfairly for two reasons: the republicans saw this as an opportunity to embarrass a democrat; and he feels that his own party was worried they would appear to not be defending the woman in the time of the “me too” movement.

“The process, at the basis, should be fair,” said McGee. “I don’t believe it was.”

Having previously served on the Committee on Ethics, McGee said that anytime a report came before them that had no evidence to support the claims and was inconclusive, it would be dismissed.

“Hindsight being 20/20, I probably shouldn’t have sent joking text messages back and forth with this person,” said McGee. “I guarantee you there is a lot worse in other people’s phones in Jefferson City.”

He doesn’t believe his career in politics is over. He said while there is a great segment of supporters who simply don’t believe the allegations, unfortunately in this society an accusation is a conviction. However, he feels that the issue will eventually blow over.

“People know me and know my character,” said McGee. “I have never, in my life, sexually harassed anybody. I don’t have a reason to; that’s just not me. As a man with a mother and a sister, that’s just not who I am. I still contend that I did nothing wrong. I would have liked to continue to serve and remain the State Representative for our area. I think I did well for as long as I was there. I have always tried to do good work.”
Posted by JCAdvocate at 12:35 PM