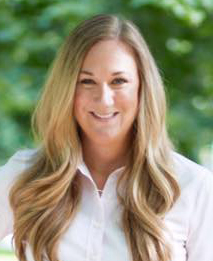 They say ‘If you find a job you love, you’ll never work a day in your life.’ My new position as the Sports and Community Editor for the Jackson County Advocate is exactly that.

In my journalism career, I’ve covered everything from city council to health care, education to the military. I’ve won awards for my work, and one story even ended up in supporting documents for a Supreme Court case. I’ve broken news that changed laws. I’ve written about the good, the bad, and everything in between. But nothing in this line of work compares to meeting the people whose stories I get to tell. The people are my favorite part. Being a journalist means every day I get to learn someone’s story, learn something new, and then share that with the community. It’s more passion than work.

I am grateful for this opportunity with the Advocate because sports is in my blood. Raised in Central Florida, I was in the pool before I was six months old, which translated to swimming competitively year-round. Being a Floridian also meant an opportunity for my grandparents to give me a set of plastic golf clubs as a toddler, which let to me becoming, like most adult golfers, frustrated; but the challenge and love for sport keeps me coming back.

In middle and high school, I added softball and track and field to the mix along with water polo and cross country. These days, I take my distance running to the next level training for a 50K. Most people in my life say ultra-running is insane (translation: I’m insane). And I don’t blame them. But for me, it’s the challenge. It’s the training. It’s the hard work and strength I need to tell myself I’ll survive running 31 miles on trails in the woods. It’s a chance to push myself further than I have before. And I do it for the love of sport.

There aren’t many sports I haven’t played (or tried to play). Most recently, I’ve played rec league softball, kickball and cornhole. The latter is definitely not the most physically demanding, but, hey, some people make a career of it. Alas, my dreams of professional cornhole will have to wait; I have to turn this column in to my editor.

A lifelong football fan, I finally got to play in 2018. I participated in the Alzheimer’s Association RivALZ football and fundraising program where I was named Rookie of the Year, playing cornerback and second-string wide receiver alongside some very talented and philanthropic women together raising more than $350,000 to fight Alzheimer’s since its inaugural game in 2009. Playing on the field gave me an even greater appreciation for my favorite sport.

Today I cheer for the Chiefs. Growing up in the South and a College Football Only Household™, I was excited to adopt the Chiefs in 2009, five years before moving Kansas City. Somehow I didn’t grow up a Dolphins fan, not too surprisingly; I didn’t grow up a Bucs fan, and, thankfully, my timing was just off and I never became a Jaguars fan. Kansas City is home now, and I couldn’t be happier.
Anyone who’s known me for more than five minutes knows I am proud alumna of the University of Central Florida. My Knights have had a fun run the last couple of years, but I know what it’s like to love a 0-12 team, too. Needless to say, fair-weather and bandwagon fans aren’t my kind of people.

Recently, UCF’s AD Danny White has gotten some press for his philosophy on scheduling. A lot of people think they know best when it comes to who UCF should play and at what venue. I admire him. It’s not easy to stand up for what you believe in, and it’s his job to. He wants to run with the big dogs and he believes in the program. That’s my AD. I love a good rivalry, I love competition, and I love a little good-natured chatter. I love both the underdogs and the athletes who dominate. I value good work ethic and good sportsmanship.

Naysayers also aren’t my kind of people. As the first female sports editor in the Advocate’s 65 years, I understand that traditional sports journalism is dominated by males. I’m honored to blaze this trail. And I promise you this: I work hard, and what I don’t know, I will learn. Get to know me, and you’ll see a person who’s passionate about sports and lives a motto of “do work.”

I’m here to tell your stories. To share what’s happening in our community. And to follow our student athletes as they work hard and push themselves for the love of sport.

Shoot me an email at swilken@jcadvocate.com or say hello on Twitter at @SWilkenJCA. I can’t wait to meet you.