City to Purchase Property for Road and Railroad Improvements 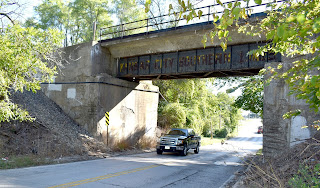 A local public works project originally proposed several years ago is expected to move forward, making way for a widened road and new railroad overpass; but this time around, the property involved is 60 percent off its original sale price.

The Grandview Board of Aldermen will consider the purchase of a 4.2 acre strip of land where the Kansas City Southern Railroad crosses Blue Ridge Boulevard. The project is expected to improve transportation in the area, and there will also be an opportunity for developers to propose new ideas for the remaining unused area.

The Blue Ridge Boulevard Railroad Overpass Replacement Project, or Blue Ridge Bridge Project, dates back to 2014. Grandview previously attempted to purchase the property through condemnation, a process where the city would have compensated the owner for the property intended for public use. Through that process, both the city and the former owner had appraisals done. The city obtained an appraisal of $591,450 and the former owner obtained a higher appraisal. Officials at the time did not pursue the purchase due to cost.

Today, The Land Trust of Jackson County controls the property after its former owner defaulted on taxes, and will sell it to the city for $236,566, a 60 percent reduction from the city’s appraisal.

Grandview Attorney Joe Gall and Public Works Director Dennis Randolph presented the proposed purchase to the Board of Aldermen at a work session Tuesday, October. 1.

“We think they are treating us very fairly and think this is a really good opportunity to buy this property,” Gall said. “And we’re recommending that the Board move to do that.”

The Blue Ridge Bridge Project is part of the Mid‐ America Regional Council’s long range transportation plan. According to a 2014 Grandview Public Works document, the plan calls for this section of Blue Ridge Boulevard to be widened to four lanes, but the older railroad overpass makes that impossible.

In documents accompanying the work session Oct. 1, city officials outlined that the project will be funded by $3,567,500 in grants from the Federal Railroad Administration, an amount that makes up fifty percent of the projected $7,135,000 construction costs. City staff negotiated cost-share agreement with the railroad for it to pay the city 51,783,750, representing half of its match to the grant funds. The city would purchase the 4.2 acres from the Land Trust with cash from transportation sales tax revenue, and therefore would not pay any interest on the deal.

The project will also open up the remainder of the space to become something else. Staff recommended the Board later consider a request for proposals for developers to pitch ideas for the area that will be undeveloped after the project is complete. They would then select from those proposals and sell the remaining property to a developer.

“We already know of two different entities that are interested in the property,” Randolph said, adding that a number of communities use a developer proposal process for this type of project. “It’s a nice piece of property if it’s cleaned up … it has nice potential for us.”

The Board was scheduled to vote at its October 8 regular meeting on approval of the purchase of the property.