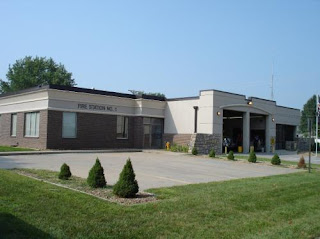 The departments in Cass County initially prompted the discussion among themselves after years of conversation regarding combining forces into one fire district. Grandview became a part of those discussions in early 2018, and Emergency Services Consulting International (ESCI) was engaged to conduct a study on the feasibility of consolidating the six departments.

The final report was completed in 2019, and on Tuesday, February 18, Sheldon Gilbert, CEO of ESCI, and John Stouffer, ESCI’s regional manager who served as the study’s project manager, met with the Grandview Board of Aldermen to discuss the results and provide a recommendation for city leadership to take into consideration.

“The main reason you look at regionalized efforts is because you want to see if there’s opportunity for reduction of redundancy, better efficiency, and you want to be able to manage your risk,” said Gilbert.  “Regionalization doesn’t happen quickly, and sometimes it doesn’t happen at all.”

Gilbert added that the primary motivation for a potential consolidation is not to save a substantial amount of money. Rather, the intent is to improve the quality and effectiveness of providing fire protection, emergency medical services (EMS), and other emergency services to the communities. As part of the study, ESCI conducted a detailed historical financial analysis of each of the fire departments and districts, including property tax levy rates and revenue, financial forecasts, and transport analysis.

ESCI presented five options to four of the six districts and departments (it was determined that Mount Pleasant and Western Cass would be best suited to maintain operation as they are currently): maintain status quo, without making any changes to current operation; form an Interlocal Cooperation Agreement (ICA), which includes administrative, functional and operational collaboration; create a new fire protection district; consolidate city departments and fire districts; or expand (annex) a current fire district boundary.

“Ultimately ESCI recommends annexation by a current fire protection district,” said Gilbert. “ESCI believes that South Metro FPD is in the best position for extending its boundaries through annexation of the other jurisdictions. However, we see this as a ‘crawl, walk, run’ approach to consolidation. Even in the best-planned collaborative efforts, unforeseen issues may arise, errors can be made, and alternative paths will be identified.”

If ESCI’s recommendation is ultimately approved by the four communities, and not necessarily at the same time, eventually this could mean a new fire district including the cities of Grandview, Belton, Raymore and Peculiar. The South Metro name would be changed, and the new district would take on a new identity. ESCI recommends the district be organized into Life Safety, Training and Safety, Support Services and Emergency Operations divisions.

“ESCI is confident that implementation of a consolidated fire district is both feasible and in the best interest of the respective communities in the study,” said Gilbert. “If a decision is made to move forward with consolidation, it will require a considerable amount of planning and compromise to achieve success. Regionalization is sometimes the right thing, but it’s never the easy thing.”

The City of Grandview received, as part of the study, a detailed analysis on the fire department’s best practices, financial standings and projections, and more, and will work to determine what steps they can begin taking to ensure that procedures and policies are in place for a successful department.

“I think that’s something that the Board of Aldermen is going to want to see first,” said Grandview Mayor Leonard Jones. “We need to find our low-hanging fruit and tackle those items, and improve upon those, before we do anything else.”

The report itself has, according to Gilbert, a lot of information and a lot of moving parts. As far as Grandview is concerned, city staff will go through the study and make a recommendation to the Board of Aldermen regarding next steps, which may or may not include regionalization and consolidation into an agreed-upon fire district.

Posted by JCAdvocate at 9:20 AM No comments:

The deadline for those interested in filing for local elected positions was last week, and those who wish to serve on school boards or city council in Grandview have made their first move in what will be a few months of campaigning.

Grandview’s Board of Aldermen has three positions open, one in each of the three wards. Each ward has multiple candidates for the positions. In Ward 1, incumbent Sandy Kessinger has decided to step down from service to the City of Grandview. Former Alderman Debbie Bibbs, who resigned from the position in September of 2016 due to health issues, has filed again for Kessinger’s seat, along with resident Tom McBride.

“Serving on the Board of Aldermen has been one of the most educational and gratifying activities of my adult life,” said Kessinger. “As a society, we tend to think meaningful outcomes are attained at the federal or state level. Conversely, I have learned that our neighborhoods and local communities are the venues where we can have a powerful voice and have the most impact on our day-to-day lives. To this end, it was a privilege to serve the citizens of Grandview by being their voice.”

Grandview School District also has three open positions. Four filed; however, candidate Sheila Maberry has since withdrawn due to family health issues. Therefore, an election for Grandview Board of Education will not be held, and the three candidates will be sworn in in April. Incumbent Monica Terry, Damon Greene and Don Kessinger will take the oath of office.

The Advocate will issue questionnaires to each candidate seeking office, and those will be printed in March, prior to the election on April 7, 2020.

Filing for the statewide August 4, 2020 primary election opens on February 25 and closes on March 31.

Posted by JCAdvocate at 2:11 PM No comments: