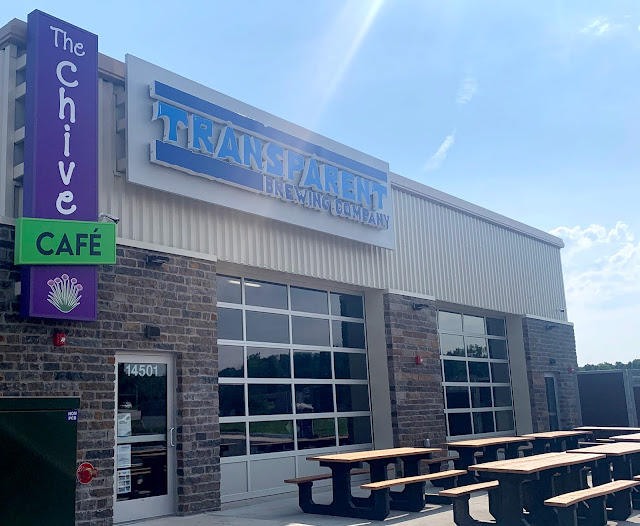 A dream four years in the making is finally coming to fruition for a mother and son team in Grandview. The Chive: Simply Good Café and Market and Transparent Brewing Company will officially open their doors for business on Saturday, August 15.

Back in 2016, Grandview Mayor Leonard Jones publicly announced that he would like to see a microbrewery come to town, and the Brown family took notice. Michelle Brown was finishing up culinary school and her son, Nolan Brown, was getting hands-on experience in the craft brewing industry at the time.

“The Mayor communicated that to Jeff Teague, who knew that we were considering this endeavor, and that’s how it all started,” said Michelle Brown. “It’s been a long, long process, but we’re almost there.”

Over the last week, Brown and her family, and their new staff, held an open house and invite-only events to prepare for their grand opening this weekend. Visitors tasted Michelle’s food from The Chive and Nolan’s brews that will be on tap over at Transparent.

The menu for the restaurant will feature farm-to-table dishes sourced primarily from local suppliers. Open for breakfast, lunch, dinner and late-night meals, The Chive: Simply Good Café menu will offer pancakes with homemade maple butter pecan syrup; fresh soups, salads and sandwiches; and pizzas, burgers and desserts. Items will likely change with the seasons, based on availability of fresh, local ingredients.

“An emphasis we have throughout the entire place is sustainability,” said Brown. “We’ve made an effort to use as much sustainable products as possible, and then instill that into our procedures. We are composting and recycling everything that we can.”

The market side of the café will have broths, soups, syrups and sauces from the kitchen, along with to-go menu items and products from local suppliers for purchase.

The building itself includes several refurbished or repurposed materials, like reclaimed lumber on the walls and tabletops and recycled plastic picnic tables. While the rain this spring and summer has slowed progress on the grounds surrounding the property, eventually plans are to incorporate outdoor games like bocce ball and four-legged-friendly spaces, including an enclosed dog park.

The Browns have partnered with KC Food Hub, Redfearn Farm, Buttonwood Farms, Braggadocio, and many other area suppliers and farms for menu items at The Chive.

“The farmers we work with are so happy to come out, and it’s been so much better working with them than with food suppliers or wholesalers,” said Brown. “They’re local and small business people just like we are, and their products are superior.”

Inside the taproom, local artists will have the opportunity to showcase their work along the walls, which Brown says adds some color to the industrial and natural space.

“It’s been great to have the community’s support,” said Brown. “I mean, they’ve been waiting for years now. It just really took that long for everything to come together.”

The Chive: Simply Good Café and Market and Transparent Brewing Company are located at 14501 White Avenue in Grandview, just north of Gail’s Harley Davidson. Opening on August 15, their hours will be 7 a.m. to 7 p.m. daily for the café and market, and 7 p.m. to close for the taproom. Customers can order meals online at thechivesimplygood.com for pick-up, or visit www.transparentbrewingcompany.com to see what’s on tap.