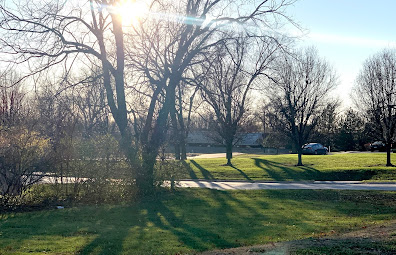 If your television dial has ever landed on HGTV, chances are you have seen tiny houses before. Typically, affordable and utilizing space in a unique way, these homes serve a population looking to downsize, or those who are referred to as minimalists. With trends on the rise across the country for these types of dwellings, the City of Grandview’s community development department is looking to get ahead of the movement.

Chris Chiodini, who serves as the city’s community development director, brought the idea of a tiny house pilot project up for discussion at the November 17 Board of Aldermen meeting. The intent is to develop a set of guidelines for potential developers to follow, which Grandview does not currently have in place.

“We’re looking to build one or two tiny houses as sort of a one-off, or a very limited pilot project,” said Chiodini. “The ability to test the concept in a small, controlled environment gives us the ability to do an after action review and determine whether the project was successful or a failure, and if we were to do it on a larger scale, what sort of changes would we make after the experience we have gained by doing this.”

The type of tiny homes seen on television are on wheels; however, Chiodini said that current building codes would require homes to be built on a permanent fixed foundation. The City of Grandview does not require a minimum building size for a residential building. Subdivisions, on the other hand, might have specific sizing requirements, but Chiodini said that the city has not put minimum requirements on single family homes.

“This also gives us the ability to decide if we want to do this on a larger scale, or we can say, ‘no, I think we’ve learned enough,’” said Chiodini.

The tiny homes Chiodini envisions would be built on the vacant lot at 13019 5th Street (corner of 5th and High Grove), where a home once stood. The lot is owned by the Jackson County Land Trust and is currently maintained by the city. The home(s) would range in size from 300-500 square feet on the first floor, allowing for a story and a half. The city would like to implement off-street parking requirements for at least one vehicle, whether in a garage or carport and a paved driveway.

“Currently in our zoning ordinance, we require every dwelling unit to have two off-street parking places,” said Chiodini. “It seems to us, though, that people who would like to occupy these kinds of homes may not have two vehicles.”

The city will also consider setback requirements, foundation, utility connections, safe rooms, façade and landscaping for the pilot project. Chiodini recognized that the tiny homes won’t necessarily look like all the other homes in the city, but he indicated that some basic standards will be necessary for developers to follow.

“We want it to look nice,” said Chiodini. “We don’t want it to look like a shed that you bought at Lowe’s. No offense to the sheds at Lowe’s, but that’s not the look we’re going for here. We also want to make sure that it is landscaped and it looks nice from the street.”

Chiodini first wanted to gauge the reaction of the Board of Aldermen before moving forward with plans. If this was not something the aldermen wanted community development to pursue, there wouldn’t’ be any reason for bringing it up with the planning commission (which usually takes place before items appear before the aldermen).

“We wanted to come to you guys first and let you chew on it and think on it and come back to us and let us know whether to proceed, either with caution or as presented,” said Chiodini.

If the board wishes for community development to continue with the pilot project, and after securing the property from the land trust and rezoning the property, Chiodini said that they would work to develop a request for proposals, as homebuilders who might be interested in a project like this could submit their suggestions. From there, a developer would be selected.

Alderman John Maloney had concerns regarding the long-term goal of the project. He asked whether this could potentially turn into allowing for tiny homes to be built on vacant properties all across the city, even where they may not be a fit with the surrounding houses.

“I don’t want this to be a solution to infill,” said Maloney.

Maloney also said he would like to see some sort of regulation for the lots themselves. He said that if a tiny house or two was built on a lot, and the homeowners decided they no longer want that lifestyle and the home is demolished, then the city is left with lots that are too small to do anything else with.

“We are only looking to do this on this one specific lot and not anywhere else in the city at this point in time,” said Chiodini. “Then we’ll see how that goes and we can expand on it if we want to.”

“I like the idea of a pilot,” said Grandview Mayor Leonard Jones. “However, we just need to be smart about it and make sure that we understand all of the ins and outs. It is something we need to look at and consider.”

Overall, the consensus of the aldermen was that they would like additional information from community development on the project idea and strategy, and there were concerns about the vision and whether or not a tiny house pilot project is something the city wants to pursue.