It's candidate filing time! In the world of local politics, this is just the beginning of the race. Those interested are just now getting their helmets on as they prepare to shift into high gear. It’s where we find out who we can expect to see come April on our ballots, and whether or not there will be any surprises.

I can already tell you, there’s going to be a few. Local politics thrive when there is a little bit of competition. And, selfishly, it makes my job reporting on the elections a little more interesting.

With the window for the available seats still open, as usual, we will have the full list of candidates once filing closes. In the meantime, though, I can tell you a few things that I already know.

In Grandview, Ward 1’s Sandy Kessinger has decided to hang up her Alderman coat for now, opting to not file for reelection. At last check, there were two candidates who have filed for her seat, including former Alderman Debbie Bibbs, who resigned from her position previously due to health reasons.

There were four candidates vying for incumbent Ward 2 Alderman Annette Turnbaugh’s seat, and so far no opposition in Ward 3. On the school board side of things, we’ll hopefully see an election in Grandview (we don’t always see Grandview C-4 on our ballots because of no opposition), Hickman Mills and Center school districts.

On top of all of this excitement (really, I’m excited about it, just call me a political nerd), we’ll be looking at some statewide races, as well. Check out the election notice that appears on page 6 to see what’s in store for those elections.

I’m looking forward to it. I enjoy reading the responses to our questionnaires. I love listening in on forums. And, I have fun getting to know our elected officials and telling our readers who they are. It’s going to be a great election season. Buckle your seat belts, though, as things might get a little bumpy come April!

Check out my archive of columns by visiting: All That Fits Column 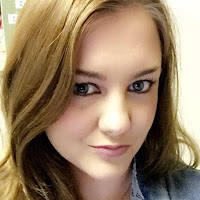 Mary Wilson, editor of the Jackson County Advocate newspaper, grew up in the Grandview community. She currently serves on the Missouri Press Association Board of Directors and works as Development Coordinator for the Grandview Education Foundation. Previously, she served as president of Grandview Main Street and on the board of directors of the Kansas City Press Club. Her most important title is that of "Mom" to her teenage son.
You can reach her at mwilson@jcadvocate.com.