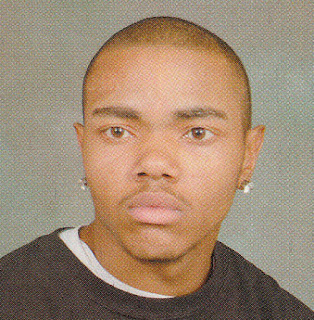 Suspect in Baton Rouge police murders Gavin Long,
pictured above in 2005 Grandview yearbook photo, and below in
a YouTube video posted  on July 10, 2016. 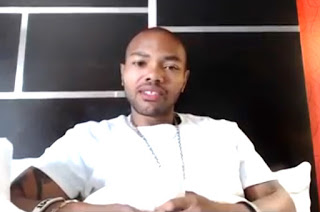 The man who fatally shot three law enforcement officers in Baton Rouge, La., and wounded three others before being killed by the police on Sunday morning “was targeting officers,” Louisiana state police officials said Monday.

Superintendent of the Louisiana State Police, Colonel Michael D. Edmonson, said in a news conference that his department is confident that the suspect, 29-year-old Gavin Long of Kansas City, was the only shooter in the incidents that took place in Baton Rouge, LA.

“When he engaged those police officers, he was deliberate and extremely accurate,” said Edmonson.

According to Baton Rouge police, three guns were taken from Long, and they recovered a rented Chevy Malibu with Missouri plates from the scene. Edmonson added that one of the more challenging things in this case will be the examination of Long’s social media, including posts and activity on his accounts after the crime took place.

“Three officers are dead, one is fighting for his life, we owe it to them to do it right and get it right,” said. Edmondson.

According to Long’s YouTube videos, under the pseudonym Cosmo Setepenra, he believed the world is run by devils and that “it takes one revolutionary to stand up against oppression and sacrifice.” He also believed that 100% of revolutions have been “successful through fighting back, through bloodshed. Zero have been successful by simply protesting.” It is believed that while he was in Baton Rouge, Long was specifically and intentionally looking to engage with police officers.

Long joined the Marines in 2005 and served until 2010, according to military records obtained by the Associated Press. He rose to the rank of sergeant and served in Iraq from June 2008 to January 2009. Records show he received several medals, including one for good conduct. Long received an honorable discharge and was listed as a “data network specialist.”

Since then, Long claimed to be a world traveler, spending the last two years in Africa before recently returning to his home in Kansas City, at 1166 E 77th Ter., where records show he has lived since 2012.

“With our partners from local, state and national agencies, we will leave no stone unturned. This is a unified team,” said a federal investigator during Monday’s news conference. “This will only make us stronger. We will work tirelessly to ensure safety in this community and throughout the nation.”

Anyone with information related to the suspect or the Baton Rouge investigation is encouraged to call 800-CALL-FBI.
Posted by JCAdvocate at 1:19 PM